Bring physical and virtual audiences together into one live, safe, collaborative event. Whether you are planning a meeting, AGM, conference, training session or more, with over 10 years’ experience in designing hybrid meetings and webcasts, our Hybrid Tech Specialists will be with you every step of the way. While we have researched and tested a range of Hybrid Meeting options with state-of-the-art equipment, we understand your event is unique and can work with you to customize the right solution in a safely designed, inspiring space.

For complex events requiring sophisticated branding and lower thirds, our team of experts can easily connect your presenters via Rendezvous or vMix Call, bringing them directly into production suites such as Wirecast, vMix, OBS, among others, and deliver content seamlessly using established technologies such as NDI and RTMP to any delivery platform.

With our dedicated control center and decades of video conferencing expertise, we can connect any presenter from anywhere and deliver their message to a global online audience via any platform, including our own custom developed platform and an ultra reliable, global CDN.

Does your event require a straight forward and cost effective virtual platform such as our own in-house developed solution or do you require a complex all-in-one event management platform? BYOL (bring your own license) or let us handle all licensing requirements and back-end management.

Pre-recorded videos are a great way to deliver a polished presentation to online audiences. In addition to removing the stress some presenters associate with a live production, huge savings can be achieved for multi-language events. Your bilingual presenters can record multiple versions that can be played back simultaneously to online guests, and switching from English to French is as easy as clicking a tab. We provide this complimentary with our in-house developed portal platform. 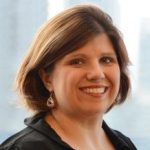 A George Brown Graduate with over 20 plus years of industry experience a natural sunny disposition has found its calling. From her experience of planning the perfect wedding reception to the planning of a very detailed orientated meeting. You will be every bit as confident in your meeting’s success as Annmarie is about the Maple Leafs making the playoffs again. 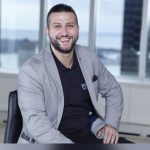 Experienced Production Specialist with a demonstrated history of working in the entertainment industry. Skilled in Negotiation, Event Planning, Customer Service, Advertising, and Video. 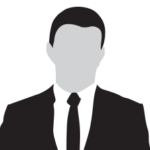 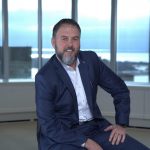 To be in a position to use his amazing powers in a never-ending battle for AV/IT reliability and HD quality, Superman has assumed the disguise of Edward Vastag, mild-mannered tech wizard for a great metropolitan conference centre. Edward has built a tremendous department, which has been branded SMPAV, Superior Multimedia Presentations Audio Visual, by Vantage Venues. 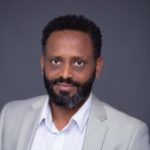 Involved in all aspects of the video production process, including planning, creating, processing, uploading, editing, and managing video for a wide variety of distribution channels.

Use the box to the right to share your excitement or send us a private message! 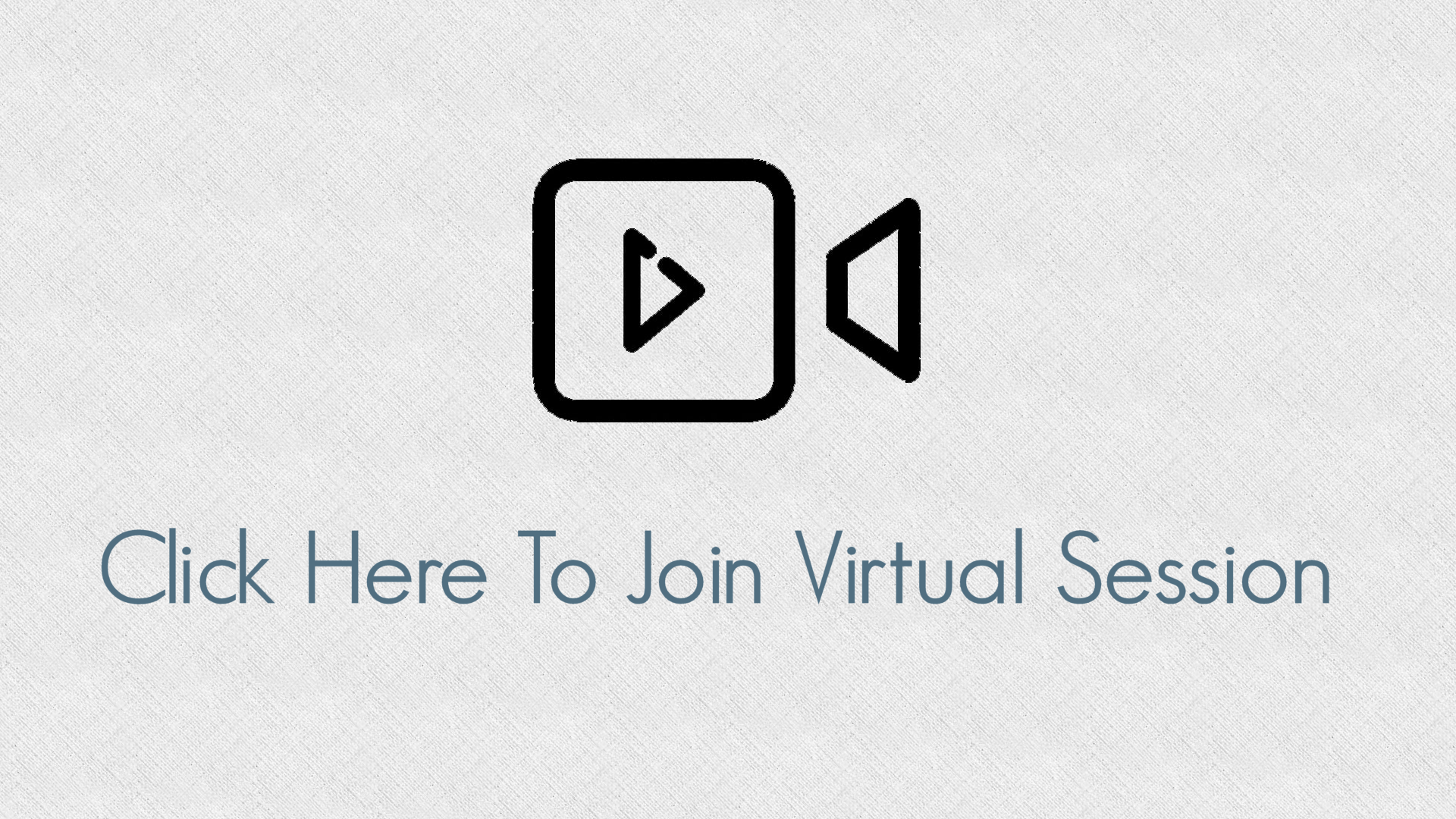 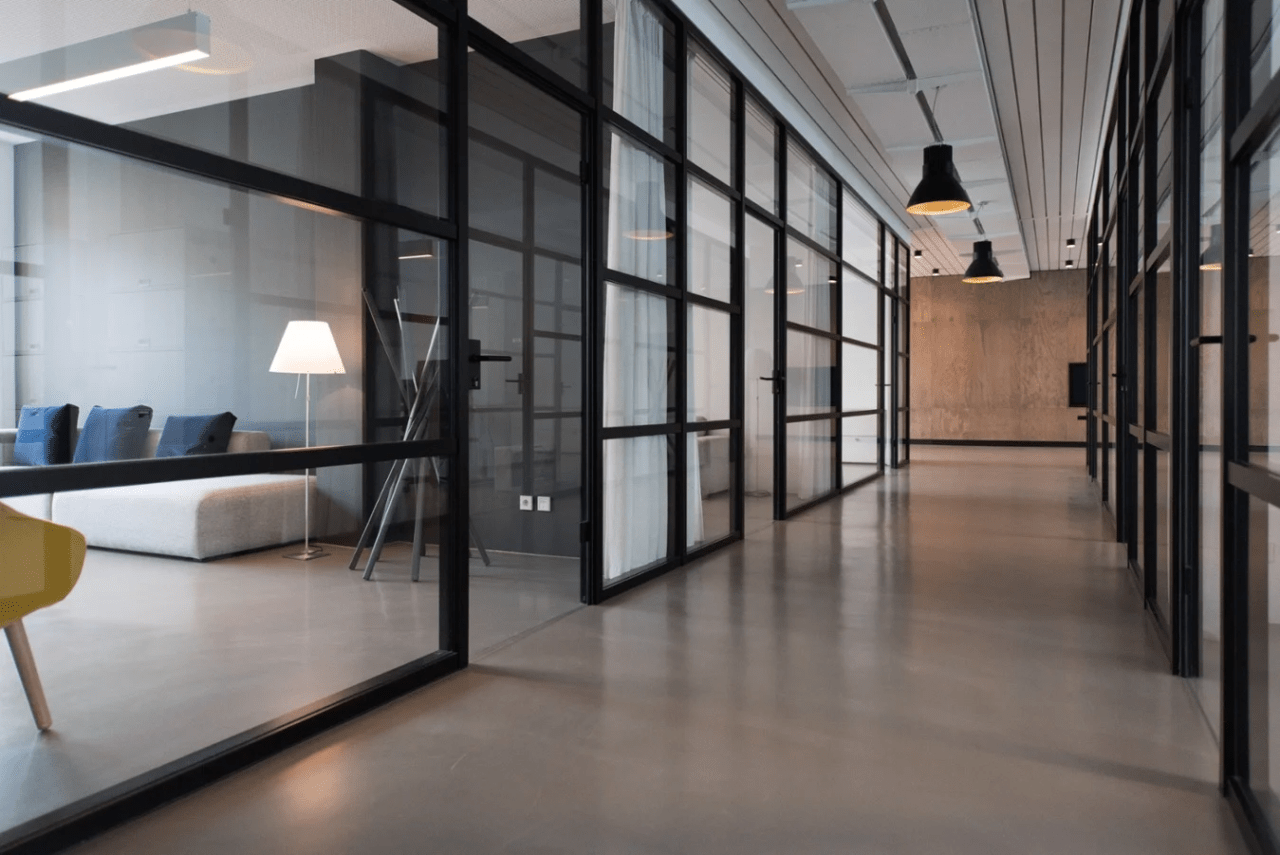 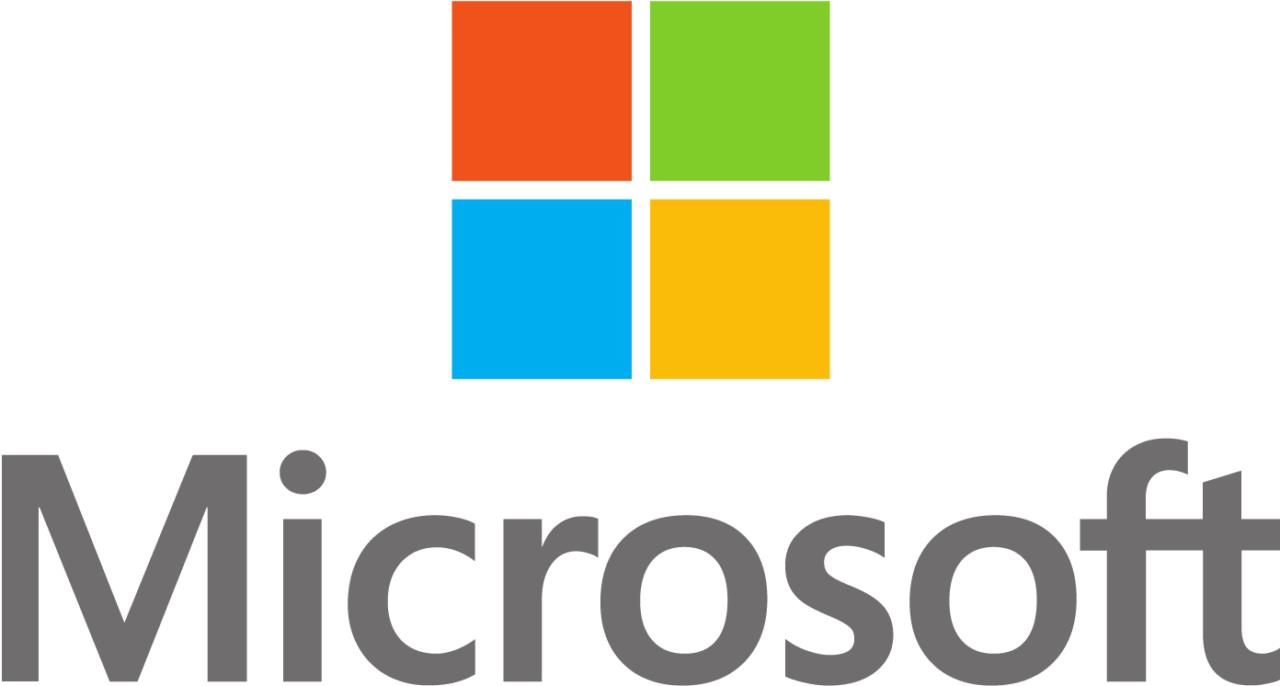 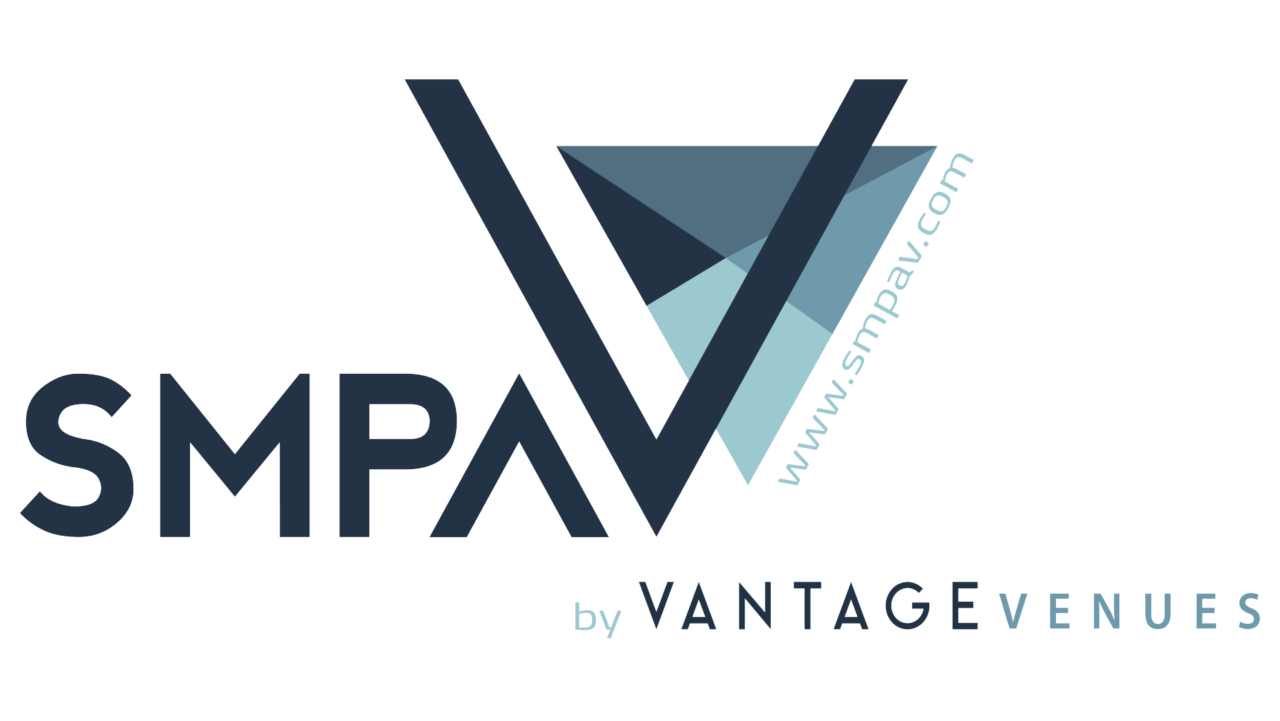 Google LLC is an American multinational technology company that focuses on artificial intelligence,[10] search engine, online advertising, cloud computing, computer software, quantum computing, e-commerce, and consumer electronics. It has been referred to as the “most powerful company in the world” and one of the world’s most valuable brands due to its market dominance, data collection, and technological advantages in the area of artificial intelligence.[11][12][13][14] It is considered one of the Big Five American information technology companies, alongside Amazon, Apple, Meta, and Microsoft.

Google was founded on September 4, 1998, by Larry Page and Sergey Brin while they were PhD students at Stanford University in California. Together they own about 14% of its publicly listed shares and control 56% of the stockholder voting power through super-voting stock. The company went public via an initial public offering (IPO) in 2004. In 2015, Google was reorganized as a wholly owned subsidiary of Alphabet Inc. Google is Alphabet’s largest subsidiary and is a holding company for Alphabet’s Internet properties and interests. Sundar Pichai was appointed CEO of Google on October 24, 2015, replacing Larry Page, who became the CEO of Alphabet. On December 3, 2019, Pichai also became the CEO of Alphabet.[15]

Google and YouTube are the two most visited websites worldwide followed by Facebook and Twitter. Google is also the largest search engine, mapping and navigation application, email provider, office suite, video sharing platform, photo and cloud storage provider, mobile operating system, web browser, ML framework, and AI virtual assistant provider in the world as measured by market share. On the list of most valuable brands, Google is ranked second by Forbes[18] and fourth by Interbrand.[19] It has received significant criticism involving issues such as privacy concerns, tax avoidance, censorship, search neutrality, antitrust and abuse of its monopoly position. 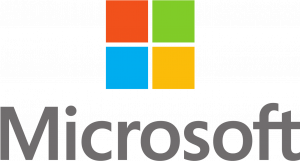 Microsoft Corporation is an American multinational technology corporation which produces computer software, consumer electronics, personal computers, and related services. Its best-known software products are the Microsoft Windows line of operating systems, the Microsoft Office suite, and the Internet Explorer and Edge web browsers. Its flagship hardware products are the Xbox video game consoles and the Microsoft Surface lineup of touchscreen personal computers. Microsoft ranked No. 21 in the 2020 Fortune 500 rankings of the largest United States corporations by total revenue;[3] it was the world’s largest software maker by revenue as of 2016.[4] It is one of the Big Five American information technology companies, alongside Google, Amazon, Apple, and Meta.

Microsoft (the word being a portmanteau of “microcomputer software”[5]) was founded by Bill Gates and Paul Allen on April 4, 1975, to develop and sell BASIC interpreters for the Altair 8800. It rose to dominate the personal computer operating system market with MS-DOS in the mid-1980s, followed by Microsoft Windows. The company’s 1986 initial public offering (IPO), and subsequent rise in its share price, created three billionaires and an estimated 12,000 millionaires among Microsoft employees. Since the 1990s, it has increasingly diversified from the operating system market and has made a number of corporate acquisitions, their largest being the acquisition of LinkedIn for $26.2 billion in December 2016,[6] followed by their acquisition of Skype Technologies for $8.5 billion in May 2011.[7]

As of 2015, Microsoft is market-dominant in the IBM PC compatible operating system market and the office software suite market, although it has lost the majority of the overall operating system market to Android.[8] The company also produces a wide range of other consumer and enterprise software for desktops, laptops, tabs, gadgets, and servers, including Internet search (with Bing), the digital services market (through MSN), mixed reality (HoloLens), cloud computing (Azure), and software development (Visual Studio).

Steve Ballmer replaced Gates as CEO in 2000, and later envisioned a “devices and services” strategy.[9] This unfolded with Microsoft acquiring Danger Inc. in 2008,[10] entering the personal computer production market for the first time in June 2012 with the launch of the Microsoft Surface line of tablet computers, and later forming Microsoft Mobile through the acquisition of Nokia‘s devices and services division. Since Satya Nadella took over as CEO in 2014, the company has scaled back on hardware and has instead focused on cloud computing, a move that helped the company’s shares reach its highest value since December 1999.[11][12]

Earlier dethroned by Apple in 2010, in 2018 Microsoft reclaimed its position as the most valuable publicly traded company in the world.[13] In April 2019, Microsoft reached the trillion-dollar market cap, becoming the third U.S. public company to be valued at over $1 trillion after Apple and Amazon respectively.[14] As of 2020, Microsoft has the third-highest global brand valuation.[15]

Amazon.com, Inc.[7] (/ˈæməzɒn/ AM-ə-zon) is an American multinational technology company which focuses on e-commerce, cloud computing, digital streaming, and artificial intelligence. It has been referred to as “one of the most influential economic and cultural forces in the world”,[8] and is one of the world’s most valuable brands.[9] It is one of the Big Five American information technology companies, alongside Alphabet, Apple, Meta, and Microsoft.

Amazon was founded by Jeff Bezos from his garage in Bellevue, Washington,[10] on July 5, 1994. Initially an online marketplace for books, it has expanded into a multitude of product categories: a strategy that has earned it the moniker The Everything Store.[11] It has multiple subsidiaries including Amazon Web Services (cloud computing), Zoox (autonomous vehicles), Kuiper Systems (satellite Internet), Amazon Lab126 (computer hardware R&D). Its other subsidiaries include Ring, Twitch, Freevee, and Whole Foods Market. Its acquisition of Whole Foods in August 2017 for US$13.4 billion substantially increased its footprint as a physical retailer.[12]

Amazon has earned a reputation as a disruptor of well-established industries through technological innovation and mass scale.[13][14][15][16] As of 2021, it is the world’s largest online retailer and marketplace, smart speaker provider, cloud computing service through AWS,[17] live-streaming service through Twitch, and Internet company as measured by revenue and market share.[18] In 2021, it surpassed Walmart as the world’s largest retailer outside of China, driven in large part by its paid subscription plan, Amazon Prime, which has over 200 million subscribers worldwide.[19][20] It is the second-largest private employer in the United States.[21]

Amazon also distributes a variety of downloadable and streaming content through its Amazon Prime Video, Amazon Music, Twitch, and Audible units. It publishes books through its publishing arm, Amazon Publishing, film and television content through Amazon Studios, and has been the owner of film and television studio Metro-Goldwyn-Mayer since March 2022. It also produces consumer electronics—most notably, Kindle e-readers, Echo devices, Fire tablets, and Fire TVs. 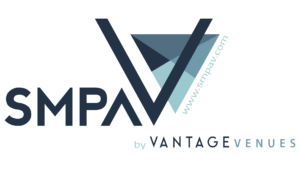 For over 10 years, the SMPAV team has been executing AGMs, meetings, product launches, trade shows, training seminars, webinars, video conferences, and much more at Vantage Venues and throughout the GTA.

SMPAV understands how critical AV/IT is to your meetings. Our techs are extensively trained in communication technologies, to connect your audience to the world seamlessly through our in-house developed webcasting platform or integrating solutions such as Zoom / Webex, with traditional AV.

Please submit your inquiry below. Our techs are standing by to assist.

Questions? Use form below to submit one!